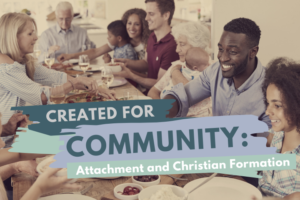 Click on this image to learn more about our current teaching series.

I was not born in the Commonwealth of Pennsylvania, but while living and serving God’s church there in the western portion of the “Keystone State,” I developed a special love for the place.

The simple, straightforward, hardworking people who made up our church in New Castle, along with the hills, rivers, and lakes, reminded me of people and places back in my homeland of Jamaica.

While doing my doctorate at Pittsburgh Theological Seminary and making numerous hospital ministry visits to the University of Pittsburgh Medical Center (UPMC), I learned the remarkable comeback story of the City of Pittsburgh and the western Pennsylvania Region.

Once proudly called the Steel City and “steel capital of the world,” Pittsburgh eventually became a major part of the American Rust Belt in the late 1980s and 90s, when the steel industry imploded due to overseas competition of an increasingly globalist economy. With that grim descent, many feared Pittsburgh and environs were on a path of no return. 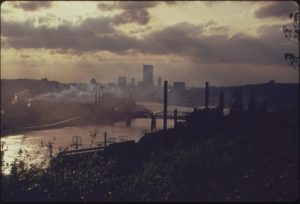 Anyone visiting Pittsburgh today will not see industrial smokestacks spewing gray ash and other pollutants into the air. They won’t find vast empty steel mills and long unemployment lines. Instead, the smoke and the rust is gone, replaced by numerous “Eds and Meds”: the University of Pittsburgh, whose medical center employs over 25,000 people, and Carnegie Mellon University, one of the nation’s leading educators in computer science, electical engineering, and robotics. In total, there are seven universities within a five-mile radius of the revitalized downtown.

It all came from a vision that things could be better, and leadership with an imagination that refused to accept the status quo. It didn’t all happen overnight, but over decades the city was transformed from smoky and run-down to clean, prosperous, and forward thinking.

I am rereading Walter Brueggemann’s book, “The Prophetic Imagination.” Incidentally, this book was given to me by one of my Pennsylvania clergy friends, Don Aull, who was the senior pastor of Second Presbyterian Church in New Castle while I was serving at First Pres of New Castle. 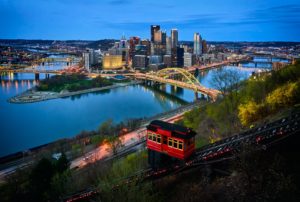 Reading this book the second time encourages and reminds me that every community–religious or secular–needs prophets who can do two things: criticize and energize.

Prophets must criticize, not in a whiny, petty manner, but rather to accurately critique the conditions on the ground, raising awareness and helping create a sense of dissatisfaction with the status quo.

But the prophet also energizes us to see the alternative: All is not lost! Do not abandon ship. The prophet can imagine a better day, and he or she calls the people to dream, believe, work, and endure until a new reality replaces what was once dying.

Those who know me know that I am not a quitter. I am not discouraged by problems and setbacks. On the contrary, God has given me the gift of faith to believe beyond what current circumstances may project.

Congregations in this country, in the Chicago area and in Evanston, too seem coated with the rust of former times. But God is calling the prophets of First Pres, and many other congregations, to exercise faith in the power and freedom of God to make things new.

On Sunday, we celebrate the healing ministry of our Stephen Ministers and their legacy of 35 years of faithful service to our congregation and community. I applaud the prophetic vision of Deb Cross and all the Stephen Leaders and Ministers who kept their hearts focused on God’s future for this ministry.

Stephen Ministry is there for others when they need someone to stand alongside them, comfort and counsel them in their times of need, and imagine a better future. Stephen Ministry is also a testimony to resilience and faithful endurance. Despite great challenges and a changing landscape of pastoral care ministry, I believe Stephen Ministry is here to stay, and the best years are ahead.

I feel the same way about our church. So please do your best and join us in worship this Sunday online or, better yet, in person as we worship our great God for whom nothing is impossible!

Rejoicing in what God is doing among us,