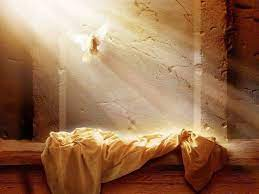 As a pastor, over the years I have talked to scores of people wrestling with issues of faith and doubt. Left unexplored and unresolved, these doubts pack the power to deconstruct one’s faith.

For some, one of the most difficult areas of Christianity to accept concerns the truth claims of Jesus. Was Jesus a historical or a fictional person? Did he say and do the things the Gospels claim, or did his followers invent and insert their own words into his mouth, tell their own tales of his heroic actions?

And then the biggest obstacle of all — while there may have been a person named Jesus who was crucified and killed on a Roman Cross, where is the hard evidence that this Jesus rose from the dead three days later? After all, many zealous, well-intentioned people lived similar lives, but no one claims they rose from the dead.

Without Googling the answer, do you remember who won the World Series in baseball last year? I was interested when it happened last autumn, but just this week, I tried to remember who won. I could not recall the 2020 MLB Champions. I tried and tried to think of it, but couldn’t. If the resurrection is a historical fact like the outcome of any year’s World Series, we can forget about it, the facts get slippery.

But the resurrection of our Lord and Savior Jesus Christ is a singular, stand-alone moment in the story of human existence on planet Earth.

Recently, a member of our church sent me an excellent article from the New Yorker about Thomas Jefferson’s understanding of Jesus: “What Thomas Jefferson Could Never Understand About Jesus.”

Jefferson’s view on the resurrection of Jesus doesn’t make it into his lifelong attempt to reconstruct Jesus. “Jefferson’s Bible,” the New Yorker article finally says, “ends before the resurrection, with Jesus crucified by the Roman occupiers, as the Gospels tell us he was. Jefferson’s austere editing turns the killing almost into an afterthought.”

On Resurrection Sunday, Christians around the world will trumpet — through creed, song, and sermon — Christ is Risen! He is risen indeed!

Why do we believe in the resurrection of Jesus? What difference does this truth claim make for our lives?

I believe in the resurrection for many reasons, but here are three up front:

The person of Jesus.
Had Jesus been a bad man — a belligerent, mean-spirited person, or a mass murderer — we would not be following him. But Jesus is the epitome of love, kindness, grace, perfect holiness, and truth. He lived a perfect life — no whiff of scandal or corruption or deception in him. When he spoke about dying and rising from the dead in three days, he is being truthful, and therefore I trust him implicitly with my life.

The consistent retelling of this event throughout the New Testament.
Christianity rests on the certainty of Jesus’ resurrection as a space-time occurrence in human history. All four Gospels highlight it, focusing on the empty tomb and post-mortem, in-the-flesh appearances, and the Book of Acts insists that the Church does not make it out of Jerusalem without it. Yet, this Sunday, around the world, we celebrate.

Transformed lives.
Christianity is not some coolly argued case, culminating in conclusions that are at best probable. People are seldom argued into the Christian faith. They fall in love with the risen Jesus once they meet him. It is a friendship with the risen Jesus. It is knowing this vibrant, living person for yourself. And knowing this — knowing in your heart, mind, and soul — it turns your whole life upside down.

When we gather in person and online this Sunday, we are not having a memorial service for a wannabe, a historic pretender. In the words of John, we are celebrating Jesus, Son of God, Savior of the world, our King who reigns forever:

Then I looked, and I heard the voice of many angels surrounding the throne and the living creatures and the elders; they numbered myriads of myriads and thousands of thousands, singing with full voice,

“Worthy is the Lamb that was slaughtered
to receive power and wealth and wisdom and might
and honor and glory and blessing!”

Then I heard every creature in heaven and on earth and under the earth and in the sea, and all that is in them, singing,

“To the one seated on the throne and to the Lamb
be blessing and honor and glory and might
forever and ever!” (Rev. 5:12-13)

If you are coming to in-person worship, please remember to preregister here and send the link to our service inviting all your friends.

This website uses cookies to improve your experience while you navigate through the website. Out of these, the cookies that are categorized as necessary are stored on your browser as they are essential for the working of basic functionalities of the website. We also use third-party cookies that help us analyze and understand how you use this website. These cookies will be stored in your browser only with your consent. You also have the option to opt-out of these cookies. But opting out of some of these cookies may affect your browsing experience.
Necessary Always Enabled

Performance cookies are used to understand and analyze the key performance indexes of the website which helps in delivering a better user experience for the visitors.

Analytical cookies are used to understand how visitors interact with the website. These cookies help provide information on metrics the number of visitors, bounce rate, traffic source, etc.

Advertisement cookies are used to provide visitors with relevant ads and marketing campaigns. These cookies track visitors across websites and collect information to provide customized ads.

Other uncategorized cookies are those that are being analyzed and have not been classified into a category as yet.