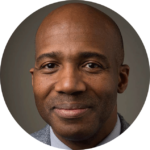 Can whales say thanks? I am serious. This is not a trick question. Do whales express gratitude?

Let me explain my reasons for asking.

In the middle of December 2016, out in the waters of Bodega Bay, CA, two fishermen found a whale ensnared in netting used as crab pots. The poor creature was bleeding from the net cutting into its flesh. With the whale trapped, unable to break free, the fishermen’s first concern was predator sharks lurking nearby waiting for the chance to devour this massive being.

Determined not to leave it in such a sorry, mortal state, they used their hooks to snag the net line and then, section by section, cut away the netting. At first, the whale thrashed around, creating turbulent waves. But as they cut more of the nets, it seemed to the fishermen that the whale stopped resisting and started turning its body, as if to say, “Don’t miss this section.”

The two fishermen later said that it was as if the whale knew they were not trying to hurt but help free it from danger. Once freed, it swam around the boat several times, staying close. The men say it seemed to be saying thanks, but no-one knows for sure.

I want to believe that the whale knew the difference between being mortally confined and being rescued. Circling their tiny fishing vessel several times was an expression of gratitude and appreciation for saving it from certain death.

In response to this story, I read again these words, So God created great sea creatures and every living thing that scurries and swarms in the water, and every sort of bird —each producing offspring of the same kind. And God saw that it was good (Genesis 2:21).

I hope you will join us for online worship this Sunday. In preparation for service, I want  you to read Romans 8 . I am focusing on Romans 8:1-11 , but it would be good to read the entire chapter.

The big idea of the first seven chapters of Romans describes humanity trapped in the netting of sin, unable to extricate itself. Then along come the Father, Son, and Holy Spirit. The law of Moses was unable to save us because of the weakness of our sinful nature. So God did what the law could not do. He sent his own Son in a body like the bodies we sinners have. And in that body, God declared an end to sin’s control over us by giving his Son as a sacrifice for our sins (Romans 8:3 NLT) .