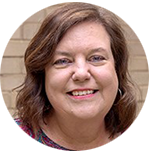 Our book club recently read the book Educated: A memoir, a compelling story of resilience in the face of domestic violence. We all agreed it was difficult to read, but also that we were better for the experience. Maya Angelou (one of my favorite poets), once said, “There is no greater agony than bearing an untold story inside you.” Profound words that work for a variety of scenarios, but made all the more powerful and terrifying when the story is about domestic violence.

Domestic violence is an enormous problem in our country and in our community. We may think it’s not the case in our church or our neighborhood. However, sociological studies tell us that domestic violence occurs equally in every community, including ours. The statistics speak to the epidemic proportions of this problem. Of course, men are also victims, but only in small numbers. For this reason, I am referring primarily to women and children victims today.

Our children are exposed to violence daily through video games, television, and bullying in school. So we must talk to them about domestic violence because the statistics are no better for them.

These numbers tell us that we cannot overlook this widespread crisis. We must educate ourselves and others.

Myth -Domestic violence does not affect many people, only low-income families.
Fact – Domestic violence affects approximately 1 million people in the U.S. every year and 85% of the victims are women. It happens in all kinds of families, rich and poor, urban, suburban and rural, in every part of the country, in every racial, religious and age group.

Myth – Domestic violence only happens once or twice in a relationship and if the abuser is truly sorry and promises to reform, the abuse will stop.
Fact – Remorse and begging for forgiveness are manipulative methods often used by abusers to control their victims. Abusers usually escalate violent behaviors in frequency and intensity over time.

Myth – Victims have personalities that seek out and encourage abuse.
False – There is no set of personality traits that universally describes all victims of domestic violence. It is the abuser who is responsible for the abuse, not the victim.

Myth – They would leave if it was bad enough.
Fact-Just because the victim stays in the relationship does not mean they think it is okay. There can be barriers to leaving including threats, unemployment, shame, religious beliefs, hope for reform, not wanting to separate children from their father and lack of support.

Myth – Domestic violence is a private matter and none of my business.
Fact – It is our responsibility to watch out for one another. If you witness domestic violence, you must say something, before it’s too late.

Do you know someone who is experiencing domestic violence? If so, what can you do? Remind them that they are not alone and that this is not their fault. You need to assure them that they do not deserve such abuse. Tell them you are concerned about their safety, and that of their children, and they have a right to be safe. Help is available. We need to listen and respect their decisions, but assure them that we will support them whenever they decide to leave their abuser.

What can our church do for someone experiencing domestic violence? There is a hope that a marriage would be permanent, but not in the face of abuse. Violence against women, both inside and outside the home can never be tolerated. According the  Presbyterians Against Domestic Violence Network, “In every congregation of every faith, victims, survivors, and abusers sit in the pews. Some are listening for words of recognition, understanding, comfort and healing, hoping to hear that the church stands with them and wants them to choose life. All need to hear a clear message that violence in our homes is against the will of God. Our silence makes us complicit to the suffering.”

These proclamations and statistics would indicate that there are women among us, reading this article, who have been or still are victims of domestic violence. Our heart goes out to you. We hope you will find freedom from the violence, and if you are already liberated, may you find healing for your wounds.

“Be patient toward all that is unsolved in your heart and try to love the questions themselves, like locked rooms and like books that are now written in a very foreign tongue. Do not now seek the answers, which cannot be given you because you would not be able to live them. And the point is, to live everything. Live the questions now. Perhaps you will then gradually, without noticing it, live along some distant day into the answer.”
― Rainer Maria Rilke