Visit the CONNECT page for all of this week's information! 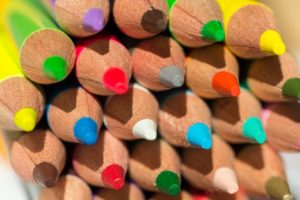 Pastor Lee Eclov of the Village Church of Lincolnshire tells a humorous story about the fundamental silliness of religious partisanship:

There was once a man in San Francisco walking along the Golden Gate Bridge, and he saw a second man about to jump over the edge. He stopped him and said, “Surely it can’t be that bad. You know God loves you.” The man about to jump got a visible tear in his eye.

Sensing his opportunity, the first fellow asked him, “Are you a Christian or a Jew or a Hindu?”

“Me, too.  Are you Protestant or Catholic?”

“That’s a miracle! I am, too! Are you Northern Conservative Baptist or Northern Liberal Baptist?”

And the first guy said, “Die, heretic!” and threw him off the bridge.

I laughed when I first heard this story, but, big picture, a divided Christian body is not really a laughing matter. Religious partisanship is deadly and is a feeble witness to the watching world.

In order to recapture Jesus’ unified vision for His Church, set aside fifteen minutes and read the prayer of Jesus for the church in John 17. Jesus prayed for the disciples and those who would believe because of the ministry of the disciples: “I am praying not only for these disciples but also for all who will ever believe in me through their message.

21 I pray that they will all be one, just as you and I are one—as you are in me, Father, and I am in you. And may they be in us so that the world will believe you sent me.

22 “I have given them the glory you gave me, so they may be one as we are one. 23 I am in them and you are in me. May they experience such perfect unity that the world will know that you sent me and that you love them as much as you love me.” [Jn 17:20–23]

These beautiful words remind us that there is one God revealed in three persons —Father, Son, and Holy Spirit. The unity of the Body of Christ must resemble the unity and fellowship of God. Disunity is Satan’s greatest weapon to deface and hinder the spread of the Gospel in the world.

In preparation for Sunday, would you read Ephesians 4 and see the power of unity for a healthy, growing church? See you Sunday.

P.S: In case you forget, our summer worship schedule kicks off this Sunday with one service at 10 am, not 9 or 11:30 am.

It is also Memorial Day Weekend. Our grateful nation remembers and honors the men and women who died serving in the United States armed forces. Did you know that during the Second World War, twelve young men from our church died serving our country and are remembered by special stained glass windows in the choir room?